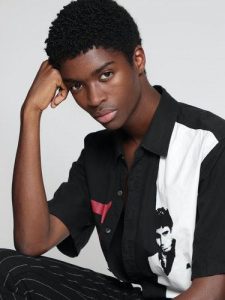 Alton Mason is a 22-year-old supermodel, dancer, and emerging singer-songwriter. Mason made his fashion debut in 2016 when he was scouted for Kanye West’s Yeezy Season 3 show. The following year he was cast to walk for Gucci in Milan Fashion Week, and his show-stopping performance put him on a path toward overnight celebrity and international recognition. Since then, Mason has gone on to model for Hugo Boss, Versace, Fenty x Puma, Michael Kors, Tom Ford, Valentino, Fendi, Louis Vuitton, and many more. In 2019, he made history by becoming the first Black male model to walk for Chanel. He even earned a spot on the cover of GQ Australia, just before receiving their 2019 Model of The Year Award. Mason is currently represented by IMG models. Keep up with Alton on Instagram. 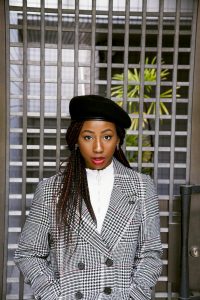 Amarachi Nwosu is a Nigerian-American self-taught visual artist, writer and project manager. She is also the founder of Melanin Unscripted, a creative platform and agency aimed to dismantle stereotypes and blur the cultural lines by exposing complex identities around the world. As a writer and journalist, Amarachi is dedicated to telling unique stories that bring identity and culture to light through art, fashion and music and has been featured in Vogue, Bloomberg and Huffington Post amongst others. With a background in International Communications; she has worked with a number of brands and companies in cities around the world like Tokyo, New York, Lagos and London. Her client list includes SONY Music, Apple, Nike, Adidas and she has worked with artist like Childish Gambino, Davido and Mr. Eazi and shot influential figures like Malala and Naomi Campbell. Her passion for giving back has also allowed her to curate social impact projects for kids in Nigeria through Khan Foundation in Makoko slums of Lagos. 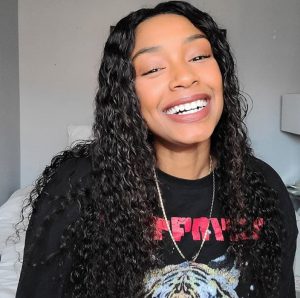 Chantel Riley is a Canadian-Jamaican singer, songwriter, and actress known for her lead role as “Trudy Clarke” in the new Canadian hit series, Frankie Drake Mysteries. She starred as “Angela Cooke” alongside Suits veteran Gina Torres in the Suits spin off series Pearson.

Chantel kicked off her acting career after attending an open call in Toronto and landed her first gig playing “Nala” in Disney’s The Lion King in Hamburg, Germany. For this, her first major role, she learned the entire play and lyrics in German. After a successful one year run, Chantel returned home to Toronto and was immediately offered an opportunity to play this role on Broadway. In the summer of 2012, she made her debut in New York City and spent four years bringing this well-loved character to life. While performing on Broadway, Chantel also landed her first film role playing “Quincella Nickerson” in the critically acclaimed Jesse Owens biopic, Race.

Chantel is also known for her recurring role on the SyFy series, Wynonna Earp, and appears as “Layla Hassan” in the Assassin’s Creed Origins video game. Additionally, she is busy recording new music for an EP that will be released on all streaming platforms. Chantel has also made live TV appearances on Good Morning America, The Chew, and Home Shopping Network singing songs from Disney’s The Lion King. Outside of work Chantel is actively working with several charities in the US and Africa such as The Khan Foundation in Nigeria dedicated to building schools impoverished neighbourhoods such as Makoko. 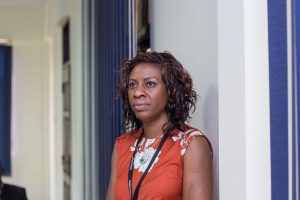 Cynthia Adeokun is a registered architect based in the United Kingdom, with many years of professional experience in the construction industry in the United Kingdom, Kenya, and Nigeria. She obtained her doctorate degree in Architecture at the University College, London, the United Kingdom in 2007 whilst pursuing a professional architectural career in the private sector in London. She subsequently took up an academic position at Covenant University, Ota, Nigeria in 2011, where she taught at undergraduate and post-graduate levels for over three years. Her research interests include housing needs, domestic space morphology, and architectural education. She has published peer-reviewed journal and conference papers served on scientific review committees for international built environment conferences and was recently appointed as an external examiner at the School of Construction Economics and Management, University of Witwatersrand, South Africa.  She is passionate about the role of education in transforming the social environment and is keen to support charities that focus on children’s welfare and education, hence the decision to be involved with the Khan Foundation. She is currently in full-time professional practice and continues to explore how academic research can help to improve housing production and affordability in Sub-Saharan African cities. 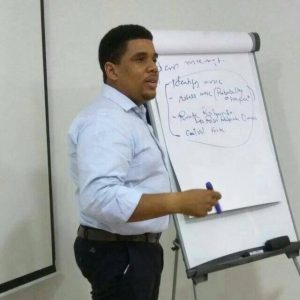 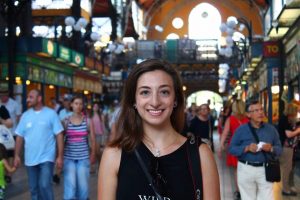 Joelle is currently pursuing a Master’s degree in International Affairs at The New School in New York City. She received a Bachelor of Arts in Anthropology from the University of Maryland, College Park in 2014. She and Joseph met as IDEX Fellows in Banaglore, India in 2016 while working with an education technology start-up and educational after-school program for children of low-income families. She is passionate about human rights, social justice and inclusion for marginalized populations. She enjoys traveling, photography and theater, and the smell of old books. 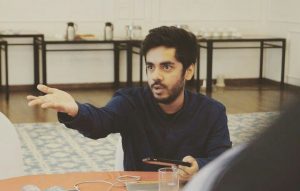 Shantanu Paul has been with the Venture and Fellowship team in India since 2016. Originally from Australia, Shantanu came to India through the IDEX Global Fellowship program, an accelerator in Social Entrepreneurship for early stage professionals. Prior to this, Shantanu has worked for aid organizations such as World Vision Australia in various capacities and founded the Save the Children Australia Youth Movement. He started his own organization for Youth Mentorship and Youth Empowerment in Australia and has also extensively worked in the space of Youth Mental Health. Shantanu has a strong interest in Social Entrepreneurship with particular interests in Mental Health and Human Rights. 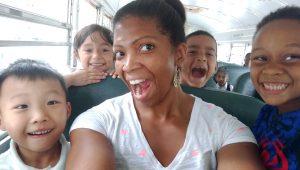 Stacie Dunlap is originally from Baltimore, MD but currently besides outside of Washington DC.  She has worked in the fashion and financial industry, but left the corporate world to follow her passion for teaching. She has taught first grade and now third grade in the District of Columbia. In addition to teaching elementary school and shaping the minds of the future, Stacie is also an Adjunct Professor at Morgan State University in Baltimore, Maryland. Her passion for education stretches over a wide range of ages from primary education to college. Stacie understands that teaching is not something you do, it is something you love. A proverb states,”a child without education, is a bird without wings.” She is happy to be a part of a program that aims to educate the minds of beautiful children and give them their wings to fly. 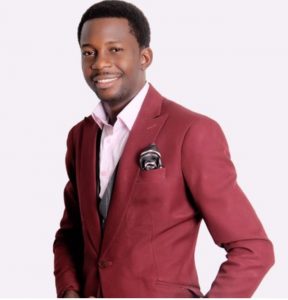 Akin Akinpelu is a Performance Coach. He is the CEO of “The Edge Network” and Dean of the prestigious “Edge Academy”, an employment and employability social enterprise geared towards equipping young Professionals that will transform Organizations via demonstration of expertise. He is also the custodian of the “Eden Centre” discovering, developing and developing Ambassadors into all spheres of influence for a social change. He was recently saddled with the responsibility to represent the Nigerian youth on the National Strategy for “Project Hope”, Anti-countering strategy with the U.S Consul-General .He is a recipient of several awards from institutions and Organizations. Akin is an Executive Member-Peace and Justice Studies Association (PJSA) and consortium on Peace, Research, Education and Development(COPRED), a merger that provides leadership in the broadly defined field of Peace, conflict and justice studies. He is also a member of the International Institute for Global Leadership in Ashville, USA.

He is a much sought after speaker per excellence at Conferences, Companies, Campuses and Institutions. He is a prolific Author with published Articles on the web and hard cover magazine. He is resident in Lagos, Nigeria 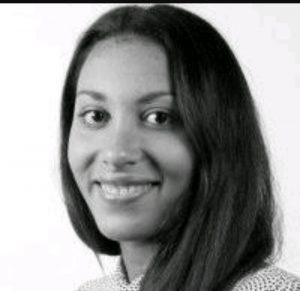 Carina Kanbi is passionate about youth skill development, job creation and inclusion in West Africa. She’s worked as Assistant Skills Adviser at the British Council based in London. Over the past four years Carina has managed and coordinated skills partnership programmes across the world. Working with further education colleges, sector skills councils, awarding bodies and employers. Carina has coordinated more than 50 skills projects supporting TVET development and innovation. Carina holds a Master’s of Science in Sociology from the University of Amsterdam, her thesis focuses on West African labour migrations.

Khan Foundation is an organization with a mission to inspire and ignite the hope of a better Nigeria by embarking on actionable initiatives to propel us towards a more sustainable future.

We believe that education is the pathway to sustainable development in developing countries, hence, our projects are mostly education centred.

Help Us Build Our Dream by December 2018 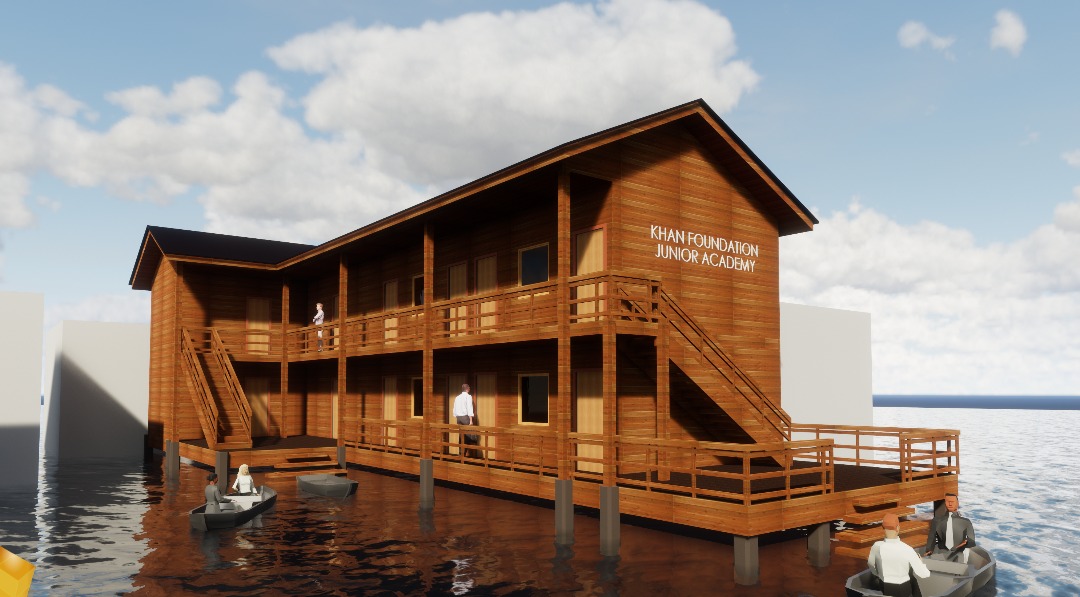 Khan Foundation is an organization with a mission to inspire and ignite the hope of a better Nigeria by embarking on actionable initiatives to propel us towards a more sustainable future.

We believe that education is the pathway to sustainable development in developing countries, hence, our projects are mostly education centred.